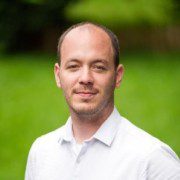 And you thought Akron Ohio was a big deal!!

Akron Falls is one of several waterfalls located inside the park bounds. This main waterfall is the tallest, measuring at about 44′ and is very dynamic in its flow depending on the time of year it is visited.

Due to the unique formation of its rock face, during lower flows, the water does not travel over the crest. Instead, it flows through cracks from the top and out of various smaller openings in the rock face below the crest.

There are several parking areas around the waterfalls and various paths that lead to the waterfall and other fun locations inside the park. There is an upper set of falls, but those are closed off to the public due to safety issues with the collapsing upper cliff of the waterfall.

The photos provided were taken during lower water levels. During heavier flow, most of the rock face is obscured.