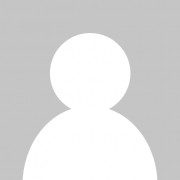 I chose this throwback of Tenant Creek Falls to kickoff the relaunch of our “Shooting the Falls series” that covers photography of New York Waterfalls.

Tenant Creek Falls forms, as you may have guessed, on Tenant Creek in the Town of Hope. The trail makes its way through the woods until you arrive in a nice open area where a large pool has formed at the base of the waterfall.

On this day, the sky was partly cloudy and the weather was pleasant; to me, it was perfect for photographing waterfalls as the clouds diffuse the sunlight and lessen any harsh contrast. Blown out water against a dark background doesn’t make a good photograph!

We arrived at the end of the road and parked near the trailhead, then made our way onto the trail. The hike was easy and full of nice scenery as we weaved around fallen trees and large rocks. The creek was ever-present to our side, either in sight or sound, as we moved along. The sound of falling water splashing about let us know we were almost there.

The trail suddenly opened up to a beautiful open area with a large pool and a stout waterfall that grew wider from top to bottom. The flow became split in two only to meet again at the bottom, just before entering the pool. The greens from the trees complimented the browns and grays of the rock.

Clouds moving across the sun softened the light which created a mood that I was determined to capture. The trick was to find the spot from which to photograph this wonderful scene.

I wanted to give viewers a true feeling of what it was like to be there.

Just past where the pool emptied as the creek carried on, there was a large, fallen tree spanning the waterway. I carefully ventured out and found the shot, but those clouds that made that mood I wanted… they were now gone and only wisps were passing over and under the sun. The sun was almost directly overhead casting a harsh light on the waterfall so I decided to wait it out.

I composed the shot with the waterfall off-center to the right and the outlet in the center. I wanted to include as much of the pool and the rock wall on the left as possible. The rocks in the foreground gave depth and the water flowing away from the pool created a lead-in to the waterfall. I wanted to give viewers a true feeling of what it was like to be there. If only could include sound with the image!

Knowing I would have limited time, I metered the scene and made the settings according to what I believed would be best in the diffused light. It would be a tricky exposure due to the white water over the dark-colored rock.

Finally, my patience paid off as a single cloud drifted in just the right spot! I released the shutter with a cable release only a few times at different speeds before it was over. I did this by bracketing three shots at a time at half-stops; one under, one over, and one in the middle for exposure. I looked up and didn’t see any other clouds that may work so I packed it in. I was happy with what I saw on the tiny preview screen.

When I got home and reviewed the images, I was even happier!